Neon Tetra is the most wanted freshwater aquarium fish species. Featured with blue stripes and red colors which stretches out of the center of their body and sometimes almost to the end of the tail. They are calm, vibrant, and mostly peaceful making them so popular for both beginner and experienced fish keeper.

In the US alone, Tetra sold up to 2 million each month. They are available in almost all fish stores across the globe due to their popularity. In this article, we will cover everything you want to know about Neon Tetra!

The Neon Tetra (Paracheirodon innesi) is “slim-shaped” fish with a huge number of fans all over the world. Auguste Rabaut, a fauna and flora collector was attracted to his focus on this species. Rabaut had enough urge to smell a business inclination.

The fishes were sold to its unbelievable amount of $ 6,500 to two Germans, Hugo Schnell along with Walter Griem in Hamburg. Neon Tetras belong to the family Characidae, Which includes piranha and enormous ‘walnut eating’ pacu. However, in general, Tetras are small, tranquil shoaling species that live in the Amazon river systems.

Ideal for new aquarists, Tetras are lovely and tough little creatures. These fish come in various colorations and patterns. They shifted color in a reaction to background and lighting conditions. Also eventually becoming more flashy on our sight.

Other kinds of Tetra are known as gold Neon Tetra. Because it breeds readily in captive surroundings, the gold Tetra is exceptionally famous in home aquariums.

With its shimmery blue body and Glowing red tail, Neon Tetra creates an exciting dab of color in virtually any aquarium. These small fish reach an optimum size of just 3cm in length, which makes them fit for smaller tropical tanks.

Sexual dimorphism is slight, with all the females using a bigger tummy and also a bent shimmery stripe as opposed to the male’s stripe. Like other colorful fish, the glowing colors of the Tetra will fade during the night when it’s resting, if it becomes alerted, or if it’s ill.

For the most part, female and male Tetras have the same kinds of behaviors. Both of them are fairly calm and therefore are mostly schooling fish. Many Tetras are calm and go together with similarly sized community fish. However, there are always exceptions.

Neon Tetras succeed in a community tank as long as tank mates aren’t big or competitive. These fish will often float in groups fast and easily around the tank. Just before this gorgeous creature moves around for an attack, they will splay their hooks. Their activities will be often even more quickly and led into the midbody in the adversary.

This majestic-looking creature can live up to 7 years if maintained at best living conditions and also you do lots to extend its life span. One of the main things that could impact lifespan would be the water conditions. Most importantly, how clean and healthy water will ascertain precisely how long your fish is going to survive.

In case they die off at different times, that’s likely they have been dying from natural causes. Then the fish group will likely decrease, and you will either need to add to their dwindling.

Below are some things you should know in case you are thinking about maintaining Neon Tetras!

In the wild, these freshwater fish live mainly in little flows and tributaries. You can see them in muddy blackwater habitats, as well as clear flows. This is the reason their coloration is really vibrant; it can help them find their fellow fish from these shadowy muddy waters.

Broadly speaking, they don’t come into the heavy water flow. As we know, Tetras are social fish so they have to be kept in a group of their community. In the wild, they shoal together in large numbers of individuals. Keeping Tetras in very small groups will cause them to become stressed and miserable.

Intensely changes in their environments can certainly cause damage to their wellness and might obviously cause their death. Simply bring the Tetras as soon as your tank is fully mature and it has stable water chemistry.

Because Tetras aren’t getting very large in size, a lone fish doesn’t require a massive amount of distance. Neons look their best in a larger tank. More room enables them to get close each other and swim up and down in the tank. Each of Tetras grows best in densely-planted tanks that have dimmed light.

Neon Tetras arise from the Amazon river basin so it is ideal to mimic the following conditions, as much as you possibly can. The temperatures inside their Amazon habitat are within the range of 21.5-27 Celcius. It’s very possible to set up your home aquarium that resembling their native habitat.

Remember that Tetras need enough oxygen level in your tank to keep them in good health condition. The nitrogen cycle is also essential to the aquarium to keep your aquatic plants get enough nutrition so they can produce oxygen for your fish community inside.

Without the parameters above, tanks would be full of toxic soup and we’d not be in a condition to keep fish alive. They usually do not bear peppermint or ammonia well whatsoever. They need almost pristine water free of ammonia, no nitrite, and non-nitrates.

This species is omnivorous, meaning that it feeds both plant and animal matter. Luckily, they aren’t picky eaters and can delight in eating various types of foods such as pellets, flakes, frozen and live. Their diet should also be periodically supplemented using live foods like brine shrimp, frozen blood worms and tubifex worms.

We urge a supreme quality fish flake, using a 30-40 percent protein content. If you’re thinking about feeding your fish live food, then it’s possible to decide to take in fresh fruit flies, and black worms. These are typically taken by local pet stores, and Tetras certainly adore them, so feed them sparingly.

Once you are all set up along with your shoal, it is the right time for you to choose some Tetra tank mates to jointly use the aquatic universe you have created. Tetras do well in a group tank as long as the other species are not big or competitive.

Neons are small and calm fish. They do well with other fish with a similar character. Keep in mind, fish will try to consume nearly everything tiny enough to easily fit into their mouths.

This means you really don’t desire to combine something small such as a Neon Tetra with something enormous like an Oscar. Make sure, avoid them from setting any hostile or enormous aquatic creatures along with your Tetras.

How To Breed Neon Tetra

If you compare Neon Tetras to many cichlids, obviously they are not easy to spawn. A few Tetras are quite simple to breed, but some need a few groundworks. In the wild, these fish breed right soon after the wet season once the slopes flood.

Can Tetras get pregnant? The response is ‘BIG NO’. Yes, Neon Tetras cannot get pregnant. Tetras are egg-spawning species. That swelling on the Tetra’s tummy could signify that the fish is currently carrying eggs and also is about to spawn.

The very first thing to do is to determine which Tetras in your aquarium are male and which are female. Males usually are slim with a sleek blue line whereas females are somewhat rounder with a bent blue line. Males also are generally bigger than females.

Most egg-laying fish like Neon Tetras will have incredibly curved bellies when taking eggs. That is normally a great sign that the fish is ready to spawn.

Neon Tetras do lay eggs and this behavior is called spawning. The eggs and fry are sensitive to light and the aquarium needs to be maintained as brightly lit as possible to get a couple weeks once the fry are placed.

After the eggs have been sprinkled and fertilized, it’s a good idea to clear away the adult fish from the aquarium to prevent the possibility of the eggs being eaten. It will take typically 24 hours for the eggs to start hatching. You may get to find at least 30 to 40 hatchlings in 60 or more that have been laid.

Now we will tell you Neon Tetra disease, what causes it, and also how you may treat or prevent it. Tetra disease is a very common and unfortunate barrier most aquarium keepers may fall upon.

Neon Tetra’s disease bears on a condition triggered by a Microsporidian Parasite that is certainly more prevalent than most aquarium lovers recognize and affects species outside neon tetras.

Unfortunately, there isn’t any standard treatment to apply that’ll get rid of the disease, because the major cure practice is to clear away the infected fish instantly to keep the rest of your aquarium. Once in a fish, then the parasite will probably eat the fish from the inside out, beginning with the intestinal system and gut.

It is necessary to understand Neon Tetra disease is highly communicable and may propagate through a tank immediately. To save your lovely fish, then you’ll have to get rid of infected fish as early as possible.

In Neon Tetra disorder, you are going to detect symptoms such as fish having difficulty floating, fish start to drop coloration, usually in one portion of their body, and restlessness. Initially, the fish will probably last to survive as normal but immediately the very first symptom arises that the affected area begins to waste away.

This wasting may eventually cause the spine to become kinked and the fish will likely no longer have the ability to float normally. There’s also the chances of another disease like fin rot or tingling of species that is infected.

Unfortunately, there’s absolutely no known treatment for Tetra’s illness. The best way to prevent its spread would be always to clear away any fish showing such symptoms until the illness might be handed down to several other fish.

The best response one could have to this problem is to simply take preventative actions towards another outbreak. An aquarist may accomplish this by preserving high-quality water levels with frequent cleanup, notably soon right following the early outbreak.

Of course, the trick to maintaining a healthy and secure aquarium would be proactive management and preventive measures that will keep clean and tidy, and a thriving aquarium.

When choosing your fish, notably small Tetras attentively check the tanks companions. If some look sick subsequently refuse all of the fish from the tank. As a very best practice, you can even quarantine new fish in aquariums for a couple of weeks prior to bringing them into the new setup.

If you just simply do identify any kind of disease, then do everything you can to instantly get rid of the fish out of the tank.

Neon Tetras are usually be the first freshwater fish that most aquarium keepers start with. I truly think that this can be a species that is stunning, which will be so spectacular when kept under the perfect conditions.

While many fishkeepers flock into their more hottest relatives, these adorable freshwater fish have a lot to offer as well! Even though they are overly sensitive for a cycling tank, in an ideal aquarium you can love them for a long time. 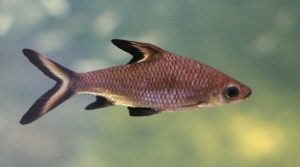 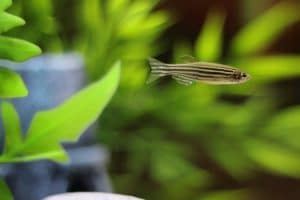 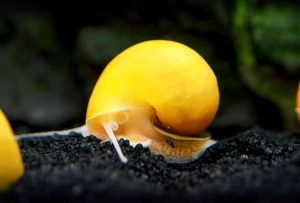 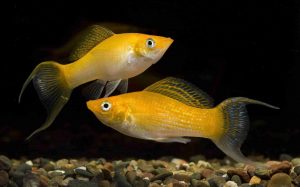